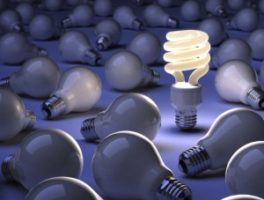 Jill and Christina discuss the importance of allowing your own light to shine. To be yourself and allow the gift of you to serve the world.

The Return on Investment for Business Coaching

Coaching is a relatively new industry that started in the United States in the 1980s and has spread world-wide. It has become very popular because it works. A 2001 Manchester study of 100 executives from Fortune1000 companies found that the average ROI (return on investment) was 5.7 times the initial investment in a typical executive coaching assignment. The study found the benefits to companies that provided coaching to executives were improvements in:

Don’t take our word for it. Read what others have to say about the power of executive coaching.

For years, CEOs of some of the most successful and largest companies have relied on executive coaches. Henry McKinnell, CEO of Pfizer, Meg Whitman, CEO of eBay, and David Pottruck, CEO of Charles Schwab & Co., are just a few who rely on a “trusted adviser. ~ The Business Journal, Nov. 2003

The leaders of organizations such as Alcoa, American Red Cross, AT&T, Ford, Northwestern Mutual Life, 3M, UPS, American Standard, the federal governments of the United States and Canada are convinced that coaching works to develop people and increase productivity. ~ Consulting to Management, Sept. 2002

Corporations believe that coaching helps keep employees and that the dollar investment in it is far less than the cost of replacing an employee. ~ David A. Thomas, Fitzhugh professor of Business Administration, Harvard Business School

Employers are shocked at how high their ROI numbers are for coaching. He recalls a large employer in the hospitality industry saved between $30 million and $60 million by coaching its top 200 executives. ~ Alastair Robertson, Manager of worldwide leadership development, Accenture

In one 2004 study, executive coaching at Booz Allen Hamilton, the business consultants firm, returned $7.90 for every $1 the firm spent on coaching. ~ MetrixGlobal LLC, 2004

Executive Coaches are everywhere these days. Companies hire them to shore up executives or, in some cases, to ship them out. Division heads hire them as change agents. Workers at all levels of the corporate ladder are enlisting coaches for guidance on how to improve their performance, boost their profits, and make better decisions about everything from personnel to strategy. ~ TIME Business News

The Manchester survey of 140 companies shows nine in 10 executives believe coaching to be worth their time and dollars. The average return was more than $5 for each $1 spent.

Xerox Corporation carried out several studies on coaching. They determined that in the absence of follow-up coaching to their training classes, 87% of the skills change brought about by the program was lost. That’s 87 cents in the skills dollar. However good your skills training in the classroom, unless it’s followed up on the job, most of its effectiveness is lost without follow-up coaching. ~ Business Wire, July 30, 2001

A study featured in Public Personnel Management Journal reports that managers (31) that underwent a managerial training program showed an increased productivity of 22.4%. However, a second group was provided coaching following the training process and their productivity increased by 88%. Research does demonstrate that one-on-one executive coaching is of value. ~ F. Turner, Ph.D. CEO Refresher

Business Coaching is needed today more than ever as a critical tool for organizational change… Change is essential for an organization to grow and adapt to today’s rapidly shifting marketplace…In changing from old hierarchical models to relational models for leading and influencing, businesses are creating coaching cultures that encourage organizational learning. Coaching has emerged as the best way to help individuals learn to think and work together more effectively. ~ Georgetown University, Center for Professional Development. 2003

Booz, Allen & Hamilton’s Ed Cohen, Director for Professional Excellence says; “We hire outside certified coaches to help our executives fill in minor gaps that may not have shown up earlier in the person’s career because those skills may not have been the ones that were needed to help them rise to their present level. ~ The Edge, 2003

Employees at Nortel Networks estimate that coaching earned the company a 529 percent “return on investment and significant intangible benefits to the business,” according to calculations prepared by Merrill C. Anderson, a professor of clinical education at Drake University. ~ Psychology Today, January 2003

Executives in this study believe that the top three personal characteristics of an effective executive coach are the ability to form a strong “connection” with the executive, professionalism, and the use of a clear and sound coaching methodology. Fifty-six percent of the executive group focused on personal behavior change, forty-three percent identified enhancing leader effectiveness, forty percent focused on building stronger relationships, seventeen percent used the coach for personal development, and seven percent used their coaching sessions to work on better work-family integration. Coaching helps Vodafone to change its command and control culture to one based on coaching and collaboration. This report states that coaching was the prime reason for the company’s ascension to the top rung of its industry. The company instituted one-to-one coaching and coaching skills training and has created a coaching culture from the top down. Coaching also increased manager recognition of staff development as a key role to success. ~ Human Resource Management International Digest, November 2003, 1, 31-33

…business coaching, a trend that’s exploding among small businesses and entrepreneurs nationwide. It’s estimated that up to 20% of American small businesses are using them, up from 4% just four years ago. ~ Chicago Business

“Managers describe an average return of $100,000–about six times what the coaching costs their companies.” —FORTUNE Magazine, February 19, 2001

Results of a coaching poll of mostly FORTUNE 1000 companies: The respondents were executives from large companies who had participated in coaching programs to improve their mental capacities. “The survey demonstrated that the participants valued the coaching at 6X the cost paid by their company. So, an $18,000 program investment generated value at approximately $108,000. –Fortune Magazine (Fortune 2/19/03)

-Psychology Today 2004: “Employees at Nortel Networks estimate that their coaching programs earned the company a 529 percent “return on investment and significant intangible benefits to the business,” according to calculations prepared by Merrill C. Anderson, a professor of clinical education at Drake University.”

Jill Hutchison, based in Perth, Western Australia, works with executives, business owners and sales teams. Focusing on attitude and mindset, Jill creates an environment where each person can look at their business or career from an objective perspective and gain clarity on their future. Jill has trained with world experts on mindset and business development including Bob Proctor, Steve Siebold and Loral Langemeier.