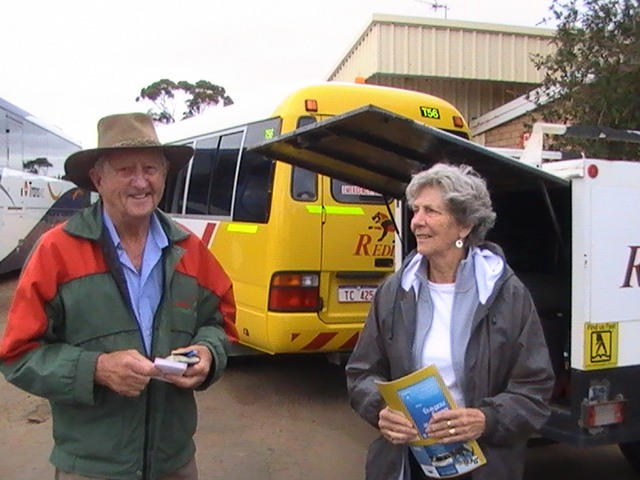 “Wouldn’t it be a shame if you were having a

I love this quote by Michael Neill.   While we are all quite sure we know exactly what kind of life we are living, what if we had completely the wrong perception of where we were at? What if, as Michael Neill asks, we were really having a wonderful life, and we didn’t notice?

Sounds bizarre?  Well, perhaps it’s not as bizarre as we first think. How many times have I looked back on an event that seemed pretty un-wonderful, only to realise that it was one of the highlights of my life?

Six years ago my father died. He had a stroke the first Friday we were back in South Africa visiting. He spent two weeks in a coma, and passed away two weeks later. I still miss him – he was the best father I could ever have wished for.

He was an astute businessman who always shared his wisdom with me and with others. He taught me how to ‘hold on with your knees’ as I rode horses, to write cheques, how to talk to customers and order stock when I was about 8 years old.  I remember moonlight walks with him through knee-high pastures, listening to the cows chewing the cud.

Was he perfect? Probably not, but to me he was perfect as a Dad!   His dying was very sad for me, and yet it was also a beautiful time.

One of my dreams was to speak on stage with one or more of  my children.

Before the funeral we were discussing who was going to talk about Grandad. Our littlest daughter who was 7 at the time, said she would like to say something. She remembered how Grandad always used to get the most money in his Christmas Pudding. He even had a giant silver dollar which used to fall from his mouth miraculously when he took his third or fourth spoonful of dessert! This was along with an avalanche of coins, a feigned cracked tooth and lots of noise!

Each year it was a delight to see the eyes of the younger children getting wider and wider as this happened, and then seeing them frantically scratching through their own dessert to find a few coins!

So Sylvia wanted to tell everyone at the funeral about Grandad and his Christmas money. There we were, Sylvia and I, with two of my brothers,  sharing our stories of my father. One of my dreams came true that day. One of the highlights of my life  is the memory of us talking together on stage to over 450 people right there in the Treverton Chapel in Mooi River, South Africa.

One of the saddest events of my life was also one of my proudest, happiest moments.   If I had only focused on the misery of the moment, then I may have missed this highlight.  Instead, I see it as part of the tapestry of life, with highlights and low times woven in. We can choose what parts we want to remember and which parts we want to hold onto.

What if…. what if…. your life really was wonderful, and you missed it?

What if … because you kept thinking of everything wrong in your life…. you missed the highlights?

Everyday is Chooseday – you can choose how you want to view every single day of the rest of your life. 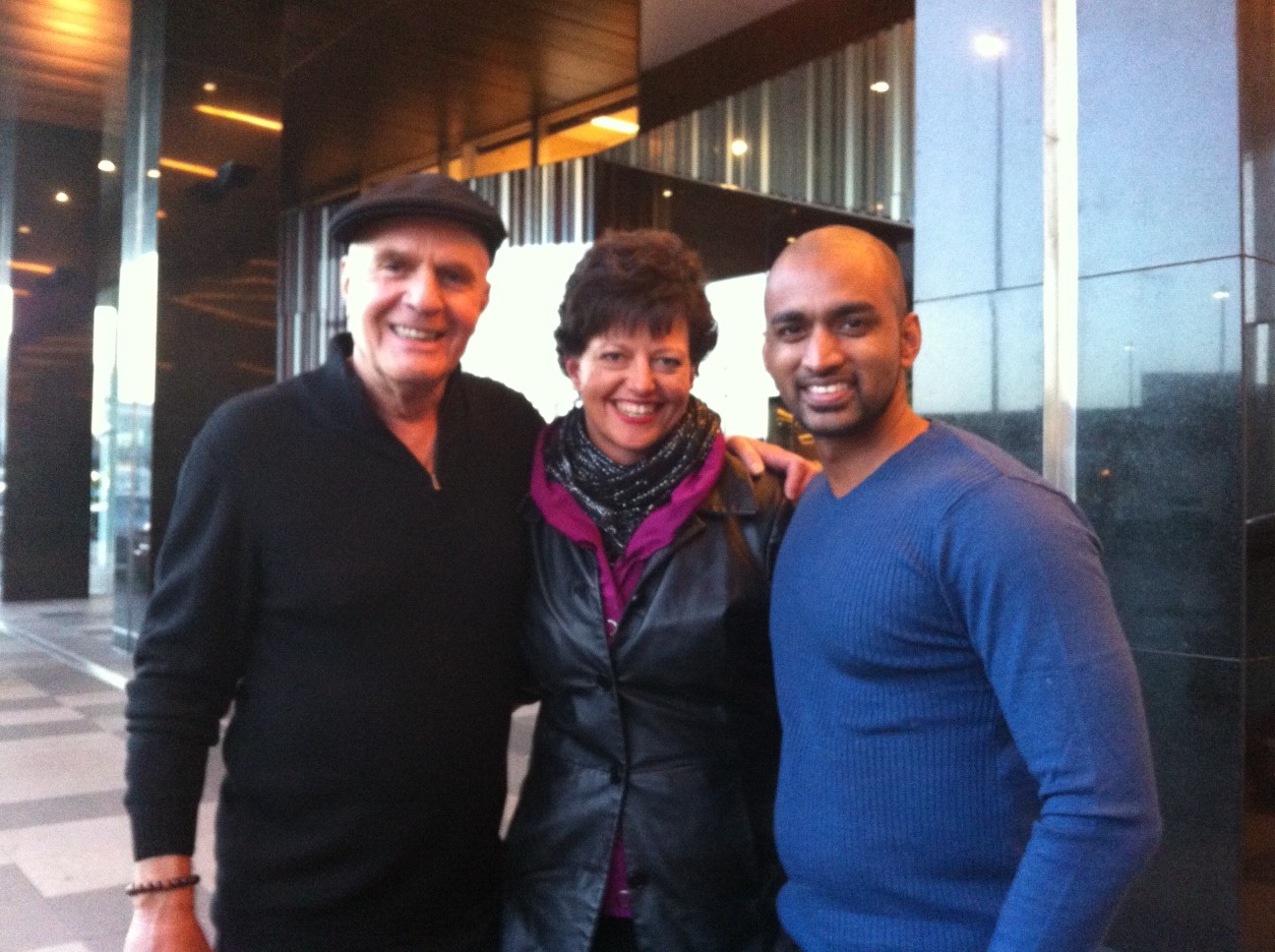 I have a great inspiring Chooseday story for you today – I love hearing how people have achieved what they really desire. 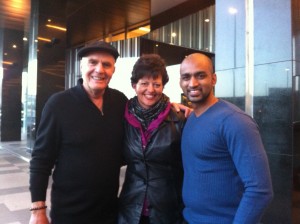 This weekend I was in Melbourne to attend the Hay House “I Can Do It” conference. The speakers included Wayne Dyer, Deepak Chopra, Doreen Virtue and  Sonja Choquette.

I particularly enjoy best-selling author, Wayne Dyer, and have listened to him for many hours in my car.  One of my favourite audio’s of his is “There is a Spiritual Solution to Every Problem”.

He has a way of delivering his message that is easy to listen to but still hits you straight between the eyes when necessary.
Wayne was opening the conference on Saturday morning at 9am. He started talking but was clearly in a lot of pain in his back and neck. The week before he’d been taken to hospital in the USA and told not to get in a plane to fly to Australia! He told them he was coming anyway.
He had to leave the stage after about half an hour as he was in such pain. This is the first time in 40 years he’s had to walk off before he’s finished talking.  Every time he looked down he simply couldn’t continue. He commented that it’s clearly an indication that he must only look up in life!
A while later, he came back on and spoke for around an hour. I could see his face was getting more red and it was obvious that he was still in pain.

In the audience was a Doctor.   He came forward as Wayne went backstage and made sure he was seen by the best specialists in a Melbourne Hospital.

This is where the story gets really fun – I only heard the full story this morning when Leon Nacson, Managing Director of Hay House Australia shared it with us. This is what I heard:

The doctor that came forward had grown up in Sri Lanka. At the age of 17 he had read one of Wayne Dyer’s books and believed that he could do anything he wanted and be anything, no matter what his circumstances.

He believed he could be a doctor so went about achieving this. He qualified as a Doctor and now lives in Melbourne. He has dreamt of meeting Wayne Dyer ever since that first book. Apparently he was asked who he would most like to meet in the world – and his answer was Wayne Dyer.

When he saw Wayne was in distress, he went forward to help him.
He called his sister saying “Can you bring the car round to the front, I have Wayne Dyer with me…. no, really, I actually do…”
His family knew how much he wanted to meet Wayne, and thought he was joking!

I love inspiring stories like this. Someone makes a big impact on your life, alters the course of your entire life – and then you get to meet them and help them later on in time.

As my mother says, life is like a tapestry, with people weaving in and out, then coming back into your life several years later, making a wonderful pattern.

Yesterday, I was leaving the Melbourne Convention Centre and standing waiting for my ride to the airport. Who should come out of the hotel, but Wayne Dyer and this doctor (whose name I heard, but couldn’t spell for you – I’m hoping he will read this blog and let us have his name because I think its such a wonderful story. ) I’m sure there is more to it and would love to hear all about it.
This picture was taken as they were about to go and have dinner with the Doctors family.

Isn’t that an inspiring story?
A great reminder of synchronicity and things happening that you have no control over, but end up being a great result for those involved. I was also very glad to see that Wayne was looking very relaxed and well, and up and about!

What did I get out of this weekend?

WHO WOULD YOU MOST LIKE TO MEET? If you could meet anyone alive, anywhere in the world, who would that be? Please post your comments below!

Enjoy the rest of your Chooseday!